Porcelain and Ceramics - Everything You Should Know

Generally speaking, when a customer comes into a store and asks for ceramic, they are usually looking to buy porcelain.

The two materials can indeed look almost identical to the untrained eye, seeing as they have finishes and colors that are quite similar.

People often wonder what the difference is between Porcelain and Ceramics, as the two words are often used interchangeably as if they were the same.

They are however quite diverse. Let us explore the differences between the two materials.

Ceramics is actually a general term that incorporates any manufactured product made of clay and fired at a temperature of at least 600°C.

Earthenware, stoneware, porcelain, tiles, and bricks all belong to the Ceramics family. To put it simply, here are two main families in ceramics:

Earthenware with firing temperatures of around 980°C, where the shard, or slice thickness, remains porous and are able absorb liquids such as water.

Stoneware and porcelain, fired around 1280°c, where the shard becomes impermeable (hard as a tooth).

The raw materials in ceramics are clay, earthen elements, powders (such as terracotta, stoneware, and earthenware), and water. The ingredients are mixed well together and then shaped into the desired forms.

The shaped material is then fired at high temperatures in a kiln and is usually covered with decorative and waterproof materials called glazes afterward.

For instance, this 19th century Longwy bud vase with an embossed floral design is painted and enameled earthenware, which belongs to the ceramics family. 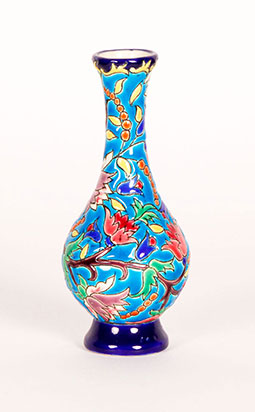 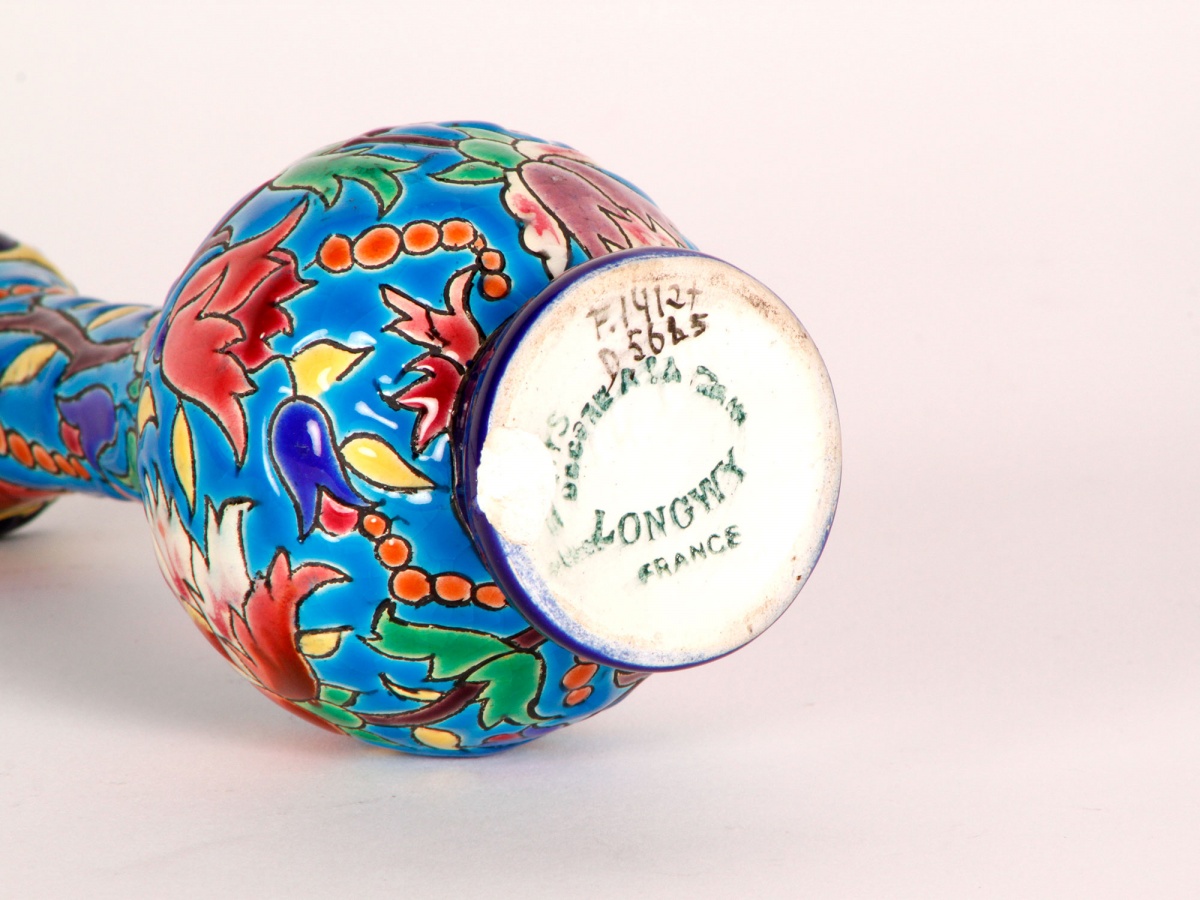 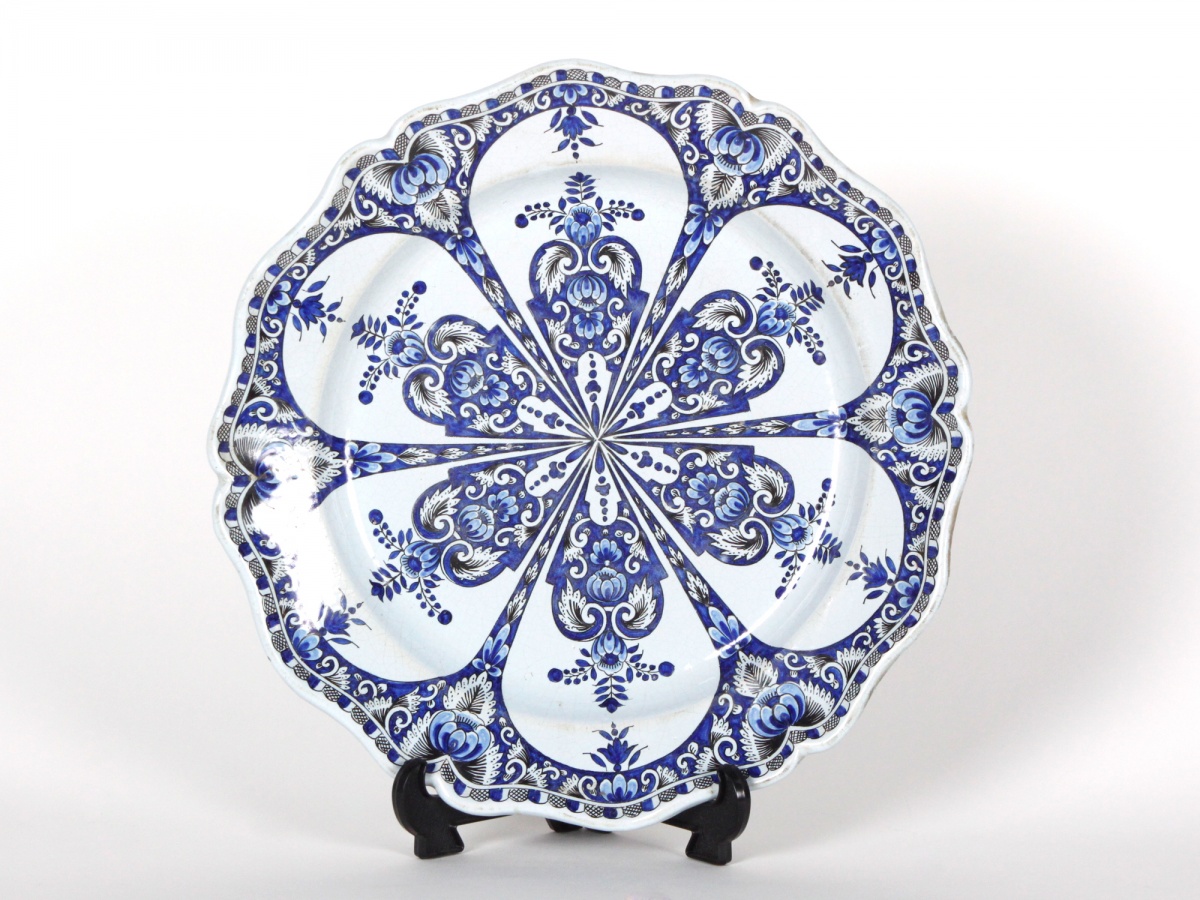 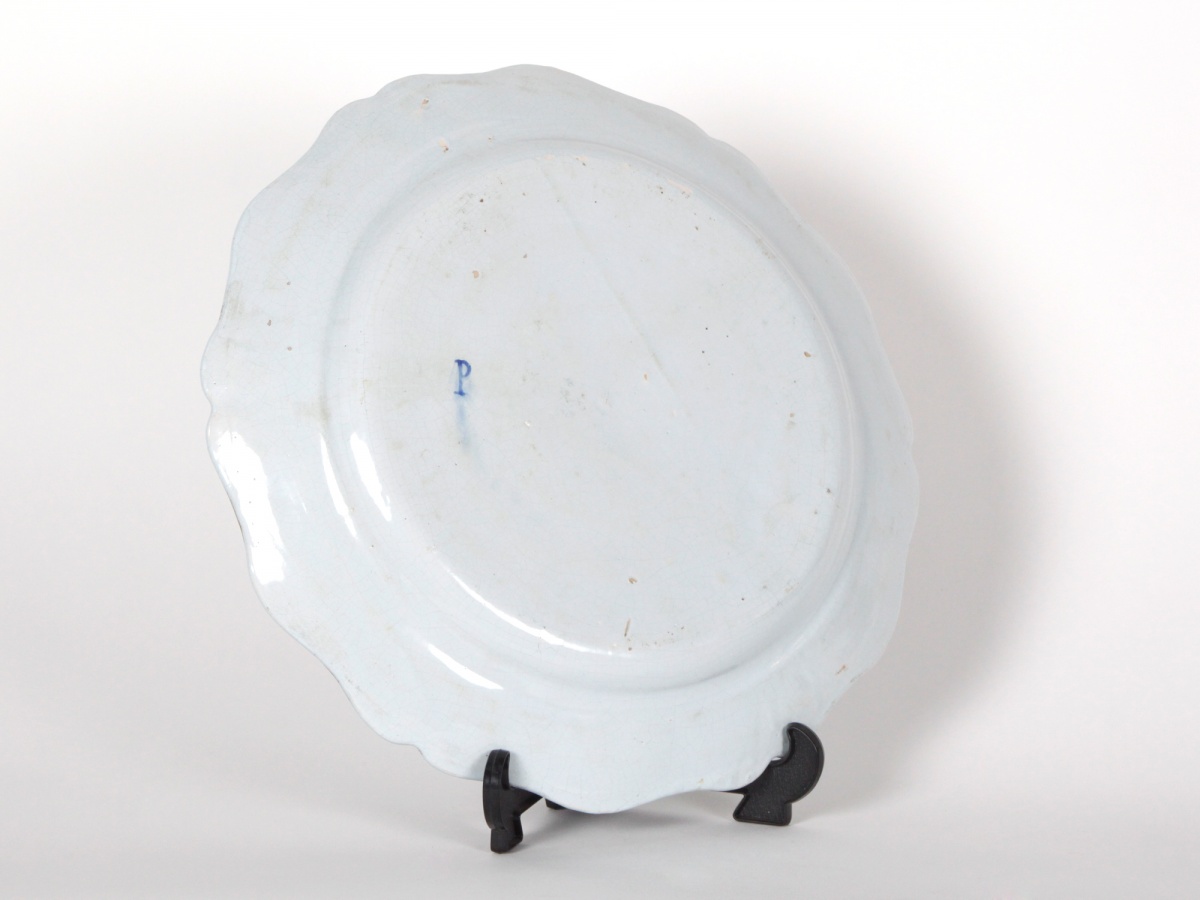 Porcelain belongs to the Ceramics family. It is however considered of better quality, more refined, and more delicate than other ceramics.

Also, the material is waterproof and possesses resistance to thermal or mechanical shocks.

Porcelain is thus a hard-paste ceramic that remains white when fired due to its main ingredient, which is Kaolin.

Porcelain is the whitest and most translucent ceramic: it is the true reference in terms of tableware.

Highly popular porcelain items are also little figurines, such as this Nymphenburg German porcelain figurine that is painted and enhanced with gold.

Another wonderfully made porcelain figurine would be this hand-painted porcelain Lladro figurine by the sculptor Juan Ignacio Aliena, representing a little girl with a puppy by her side. 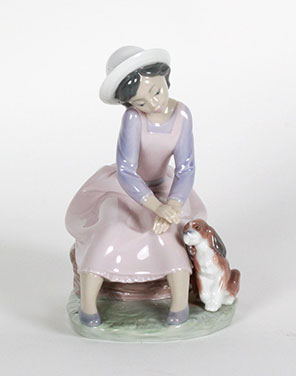 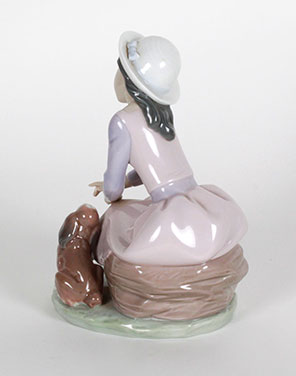 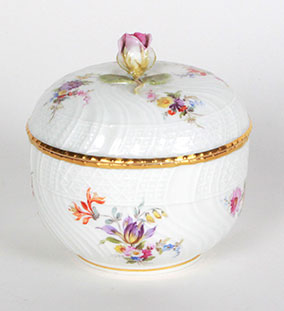 Firstly, the color of a porcelain piece is an important indicator of its quality, as genuine authentic porcelain is supposed to have a brilliant white color to it, an attribute that has earned it the name "white gold".

So even if a piece is very old, it should not discolor with time (once the layer of dust and dirt is removed). Also, the marks on the bottom of a piece are one of the biggest indicators of its origin and manufacturer.

For instance, look at how brilliantly white this 19th century Meissen covered pot is - that's how valuable porcelain should be.

Key Differences between Porcelain and Ceramics

The comparison between ceramics and porcelain does not mean a huge deal, as ceramics is a general term that encompasses all manufactured products based on clay,

and porcelain is part of this large Ceramics family.

However, the properties of each one allow it to have a different name even though they are part of the same category. 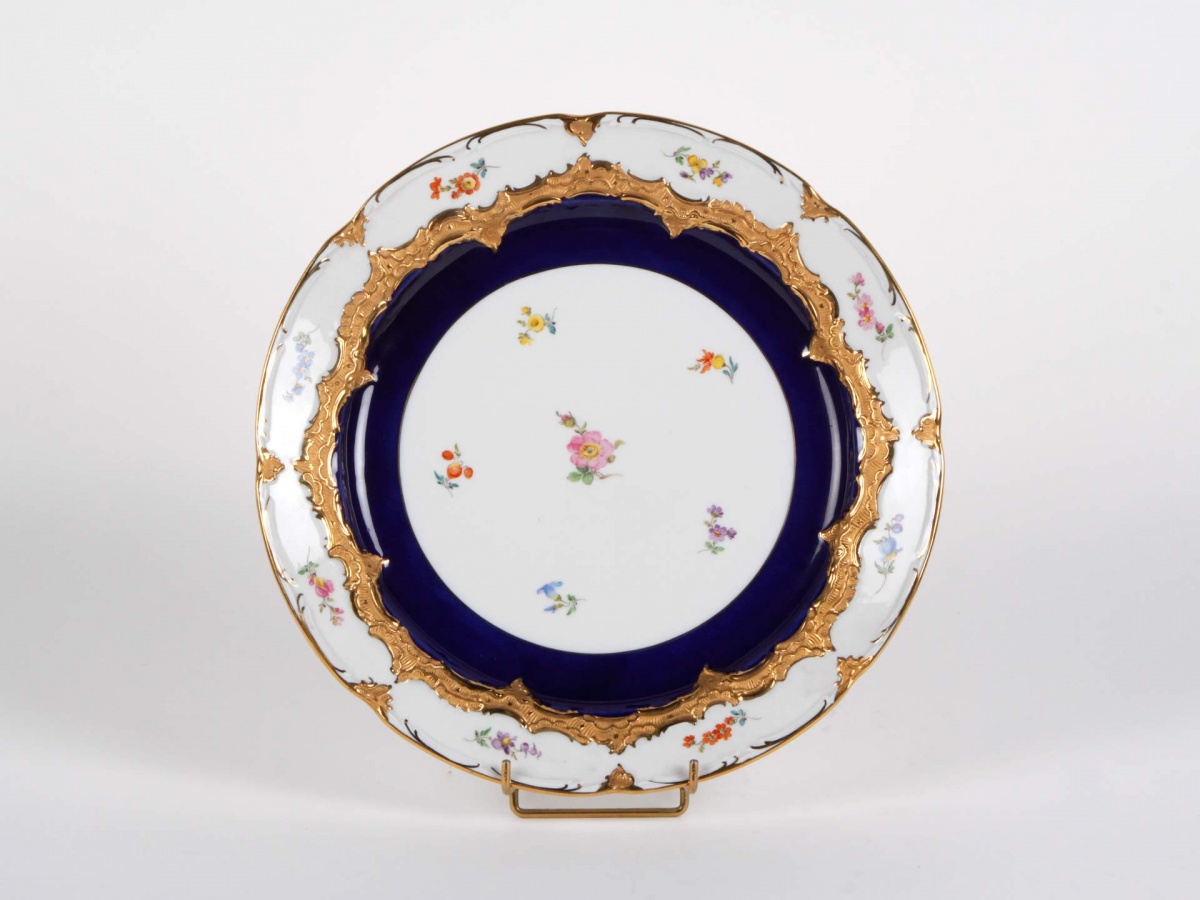 mics are made from glazed clay components, porcelain is made from different minerals which are fused to form the solid product that will then be ready to receive its colorful glaze.

Being denser, porcelain tiles are more impenetrable and resistant to moisture, which is why they are considered to be more durable and better suited for long-term heavy use.

In a factory, porcelain tiles are fired at a higher temperature and for a longer time than ceramics, resulting in a more tough material.

Of course, each ceramist or porcelain manufacturer has its own recipe and therefore different firing temperatures.

Depending on the exact firing temperature and the proportions of the individual raw materials, a distinction is made between the different types.

Due to the higher temperature used to heat the material, porcelain has more vitreous or glassy properties than ceramics, such as translucency

(allowing light to pass through, but scattering it in a way that objects on the opposite side are not visible). 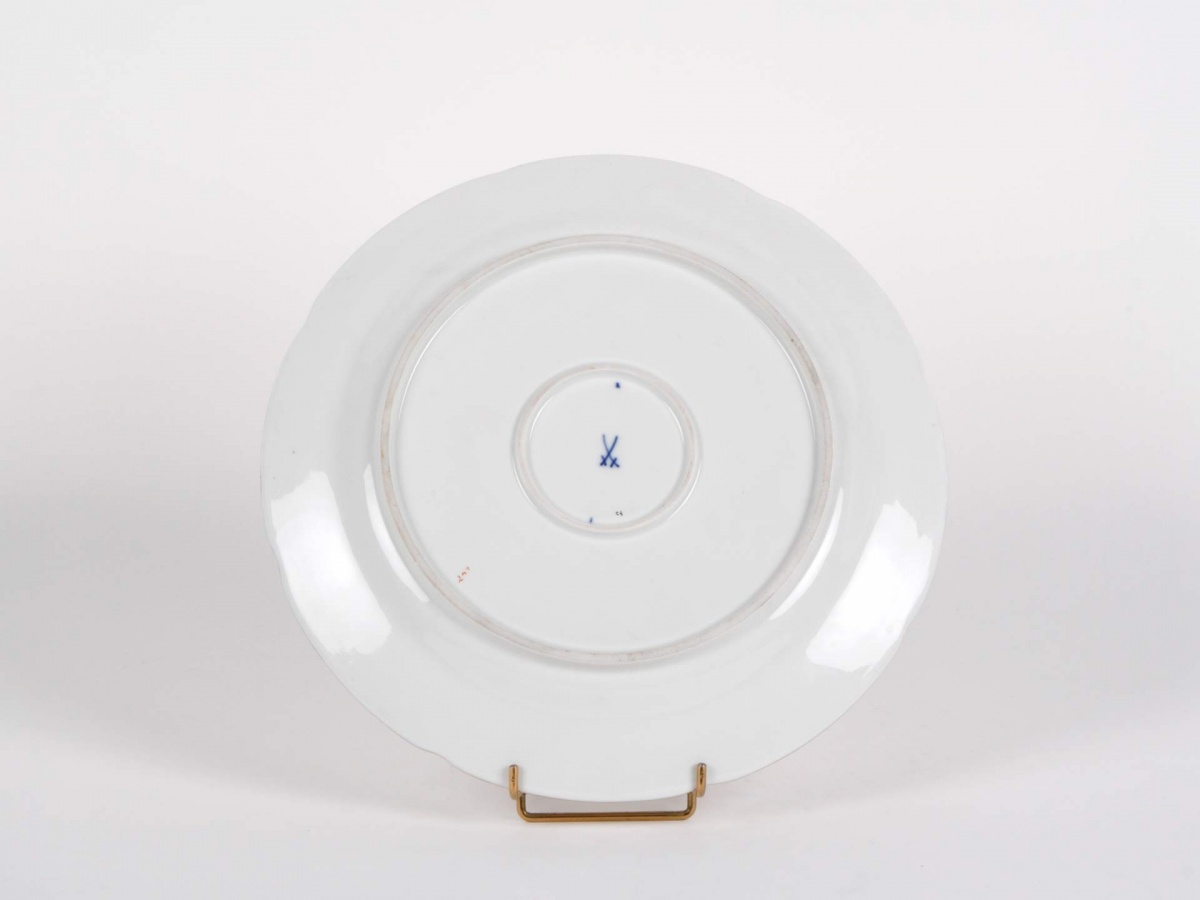 For instance, porcelain plates are thinner and more translucent with a more brilliant finish.

Non-porcelain ceramics plates can look less fine, with shapes that are not as ambitious and that normally require a little less work.

An example of a valuable high quality porcelain plate would be this hand-painted Meissen plate in white, royal blue and gold colors with floral decorations:

To learn more about the history and characteristics of Meissen porcelain, check out our blog post about the iconic manufacturer.

'Biscuit' de Sèvres is the name given to porcelain sculptures that are deliberately left in a cooked "biscuit" state without enamel, glaze, or decoration, thus giving them the appearance of marble.

It was the Meissen manufactory in Saxony that first produced painted porcelain sculptures for table decoration,

followed by the Sèvres manufactory, which innovated in 1751-1752 by producing unglazed and often undecorated sculptures.

For instance, check out this 20th-century German biscuit-glazed sculpture depicting a young girl with a basket. 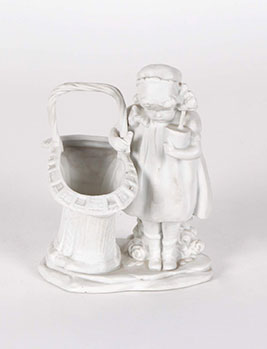 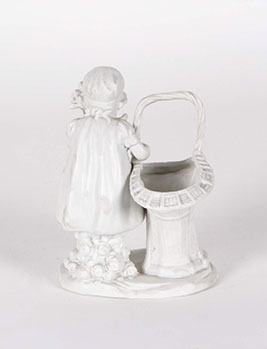 We can see how it can look similar to marble which is quite fascinating.

Here’s another biscuit-glazed item, a small box with a theme that is quite rare and highly sought after by collectors: 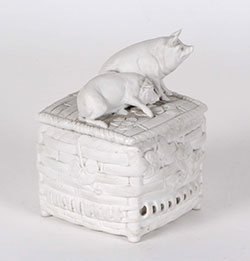 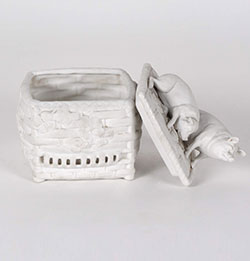 Another interesting and different biscuit sculpture to mention would be this Royal Dux painted elephant. 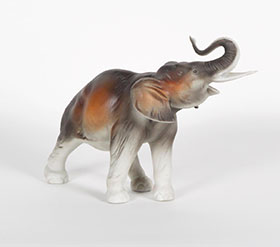 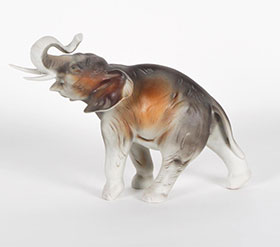 As you can see, the world of ceramics is massive, ancient and fascinating. We hope you enjoyed exploring it and can now recognize the difference between porcelain and ceramics.

Check out our elaborate collection of Porcelain & Ceramics items!