Visconti: The Art of Writing | Bellamysworld
Skip to main content

Visconti: The Art of Writing

Founded in 1988 in Florence, Italy, Visconti is a company specialized in the manufacturing of luxury hand-made writing instruments, pen cases, refills and prestigious watches.

The Art of Writing by Visconti

The brand has an incredible box of writing instruments that delivers the legacy of calligraphy directly into your hands.

Visconti's "Millenium Arc Set" represents two hundred years of calligraphy style in a single box set, one dedicated to the evolution of writing.

The set includes three futuristic fountain pens, ranging from the simplest metal nib to the most cutting-edge accessories used for modern fountain pens. 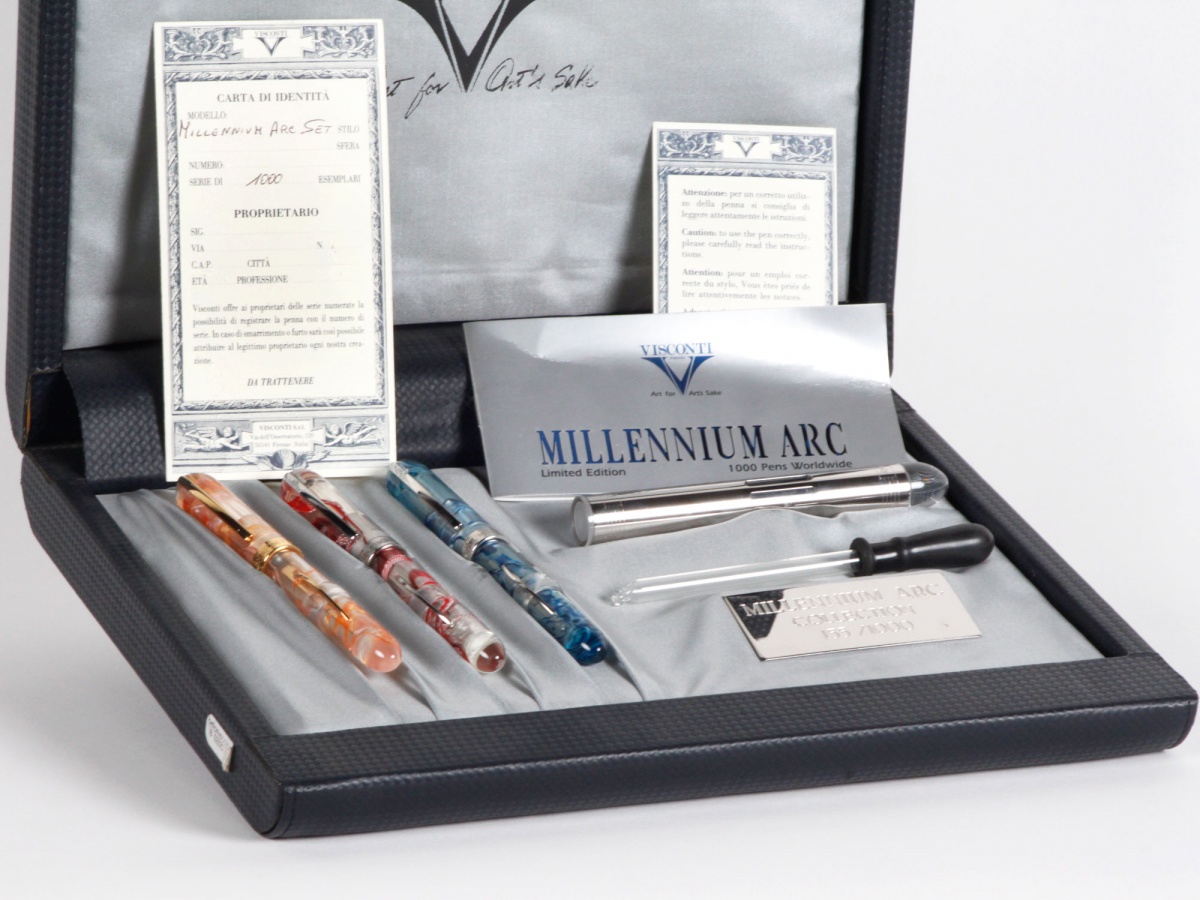 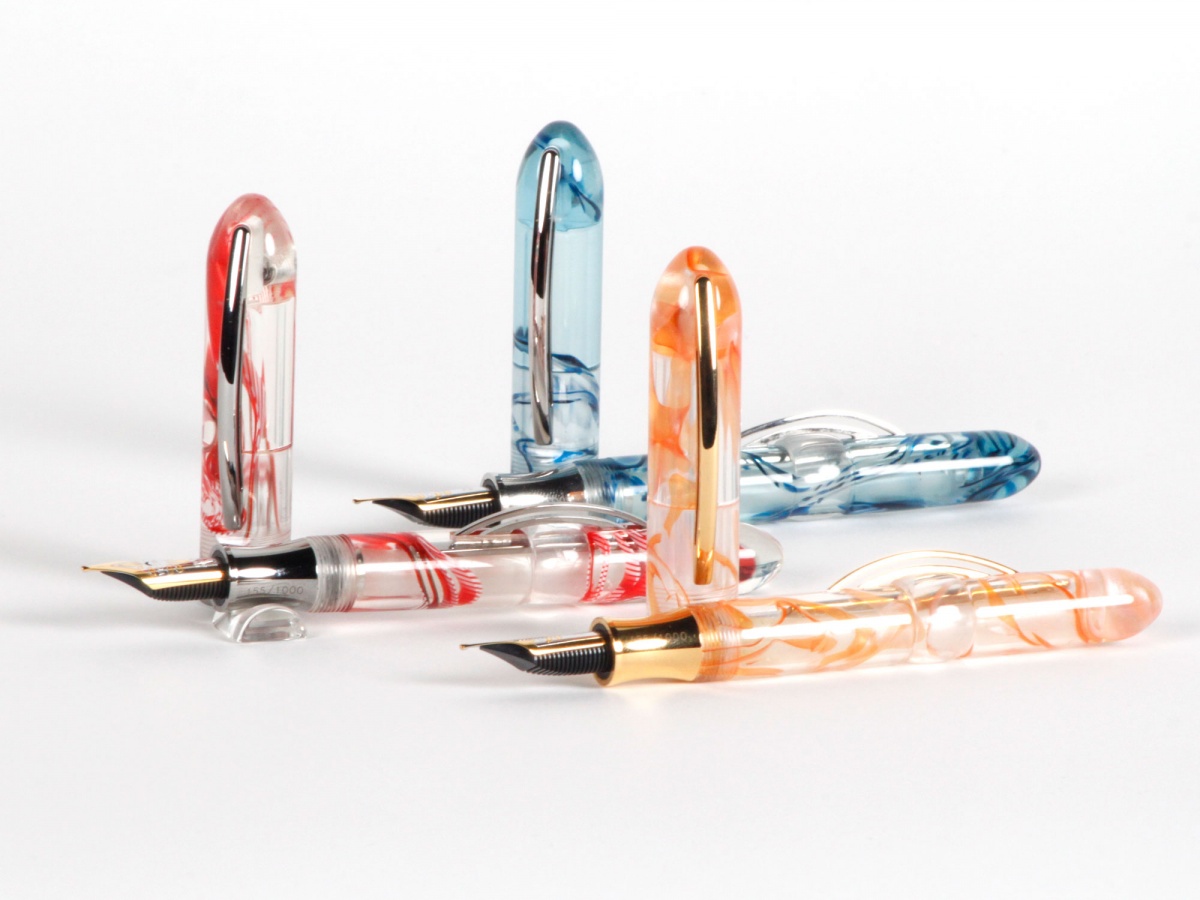 Visconti has truly grouped together in this one package a set of writing instruments that covers the evolution of the pen from the glass nib to gel cartridges.

These tools will allow you to explore different writing styles and techniques belonging to different historical periods, elevating your calligraphy to a professional level.

Each limited edition case includes three futuristic fountain pens in the colors red, blue and orange as well as a number of accessories.

Visconti has created its amazing set in a wide range of colors, from the brightest to the most classic which were all initially produced by Visconti, some in very limited quantities and some are already sold out.

Another set of pens Visconti has amazed us with is their special edition set Musei Vaticani ‘Le Grosttesche’, which includes three fountain pens in sterling silver and vermeil ‘guilloché’. 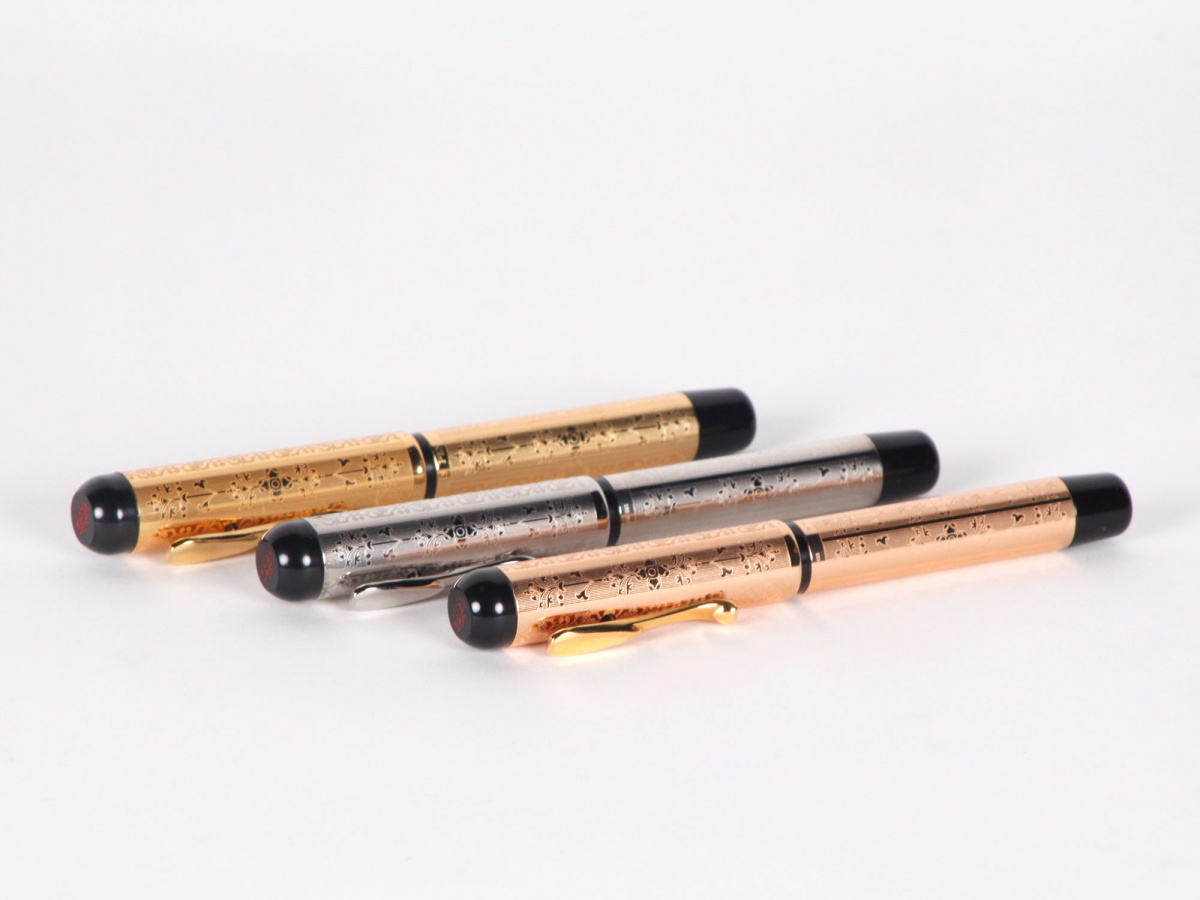 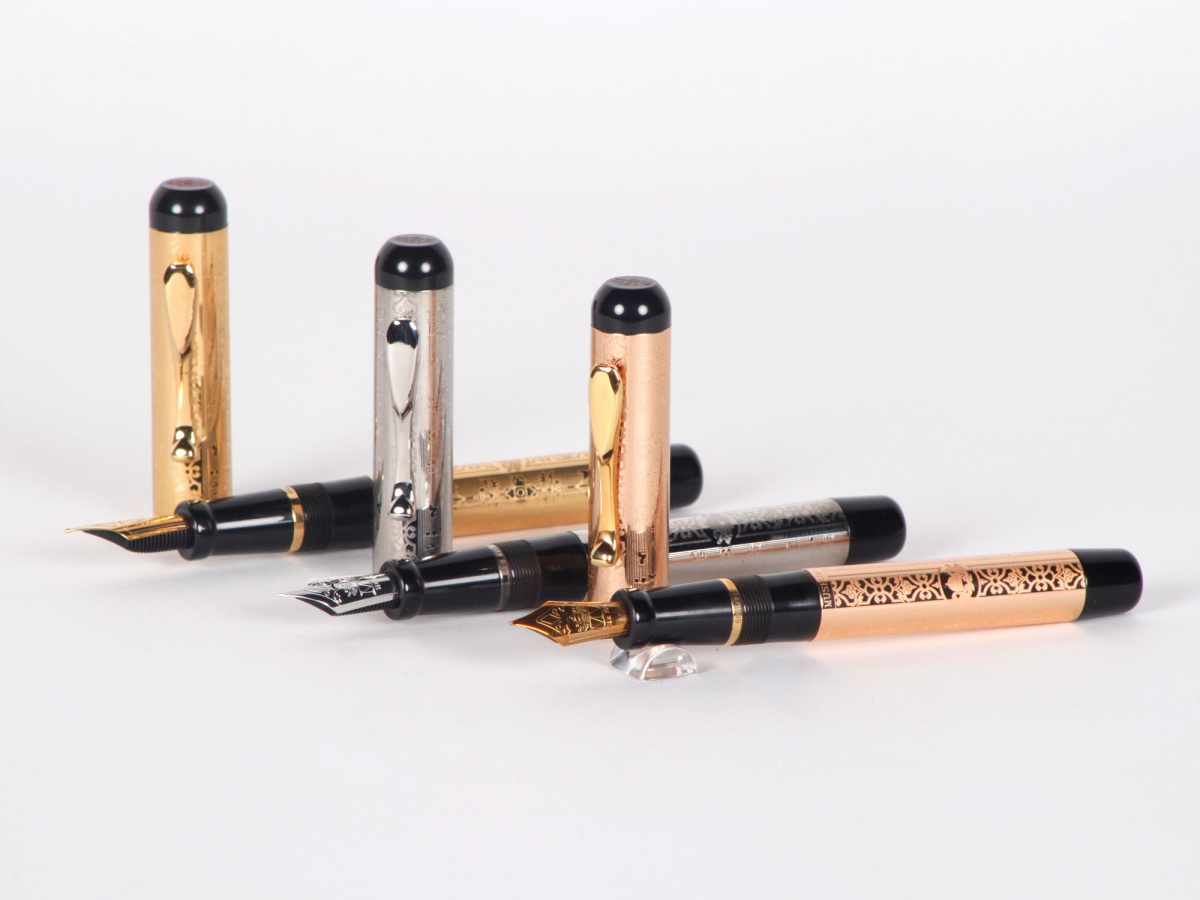 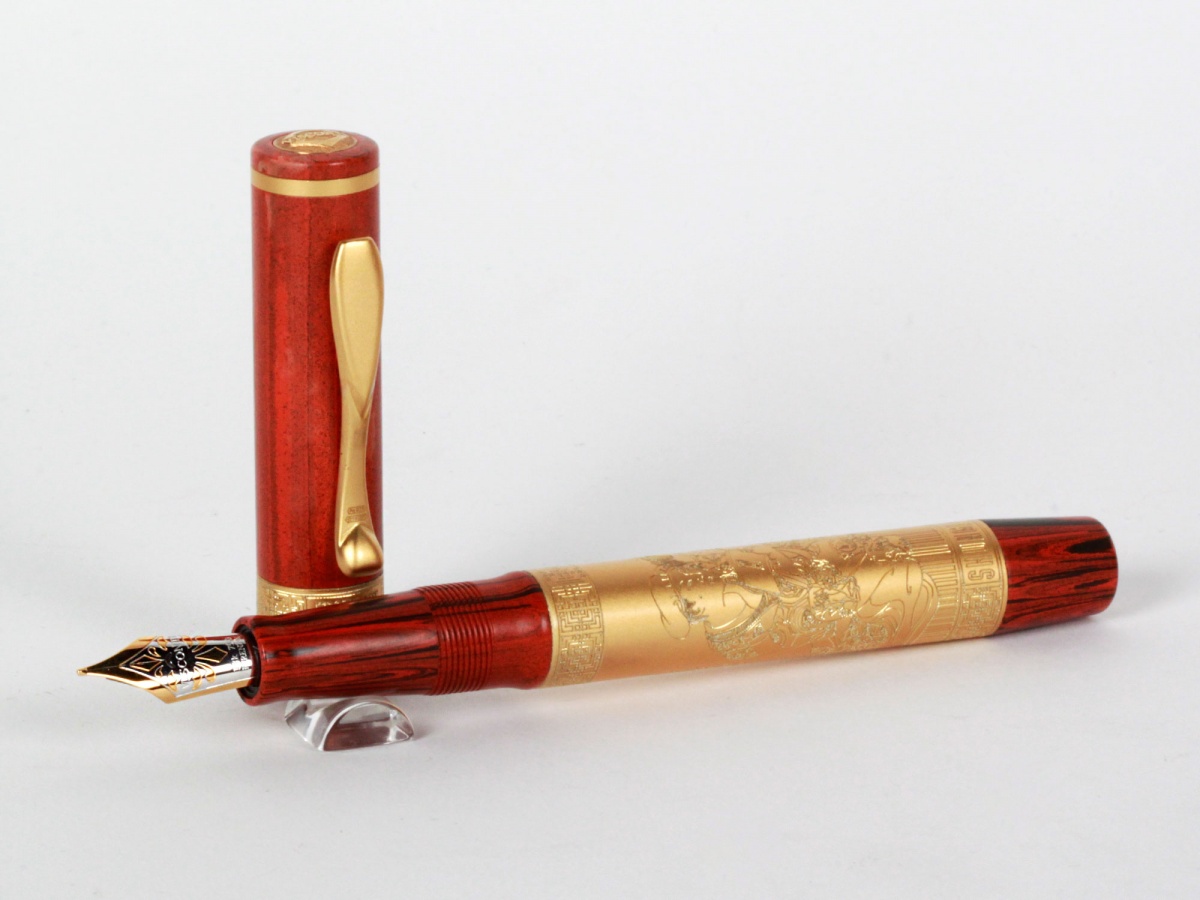 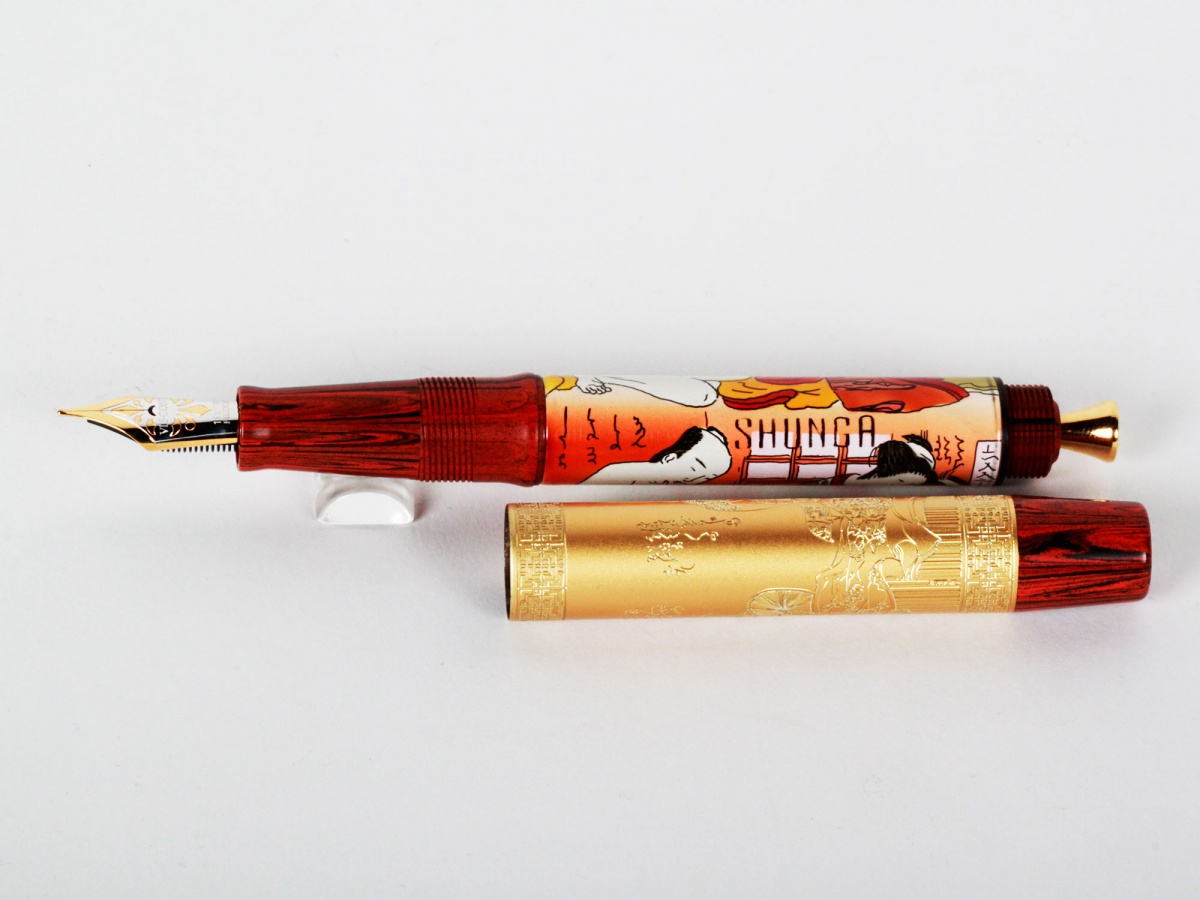 Another exceptional Visconti pen is this Moonlight Voyager in 925 vermeil that comes with its own matching traveling inkwell: 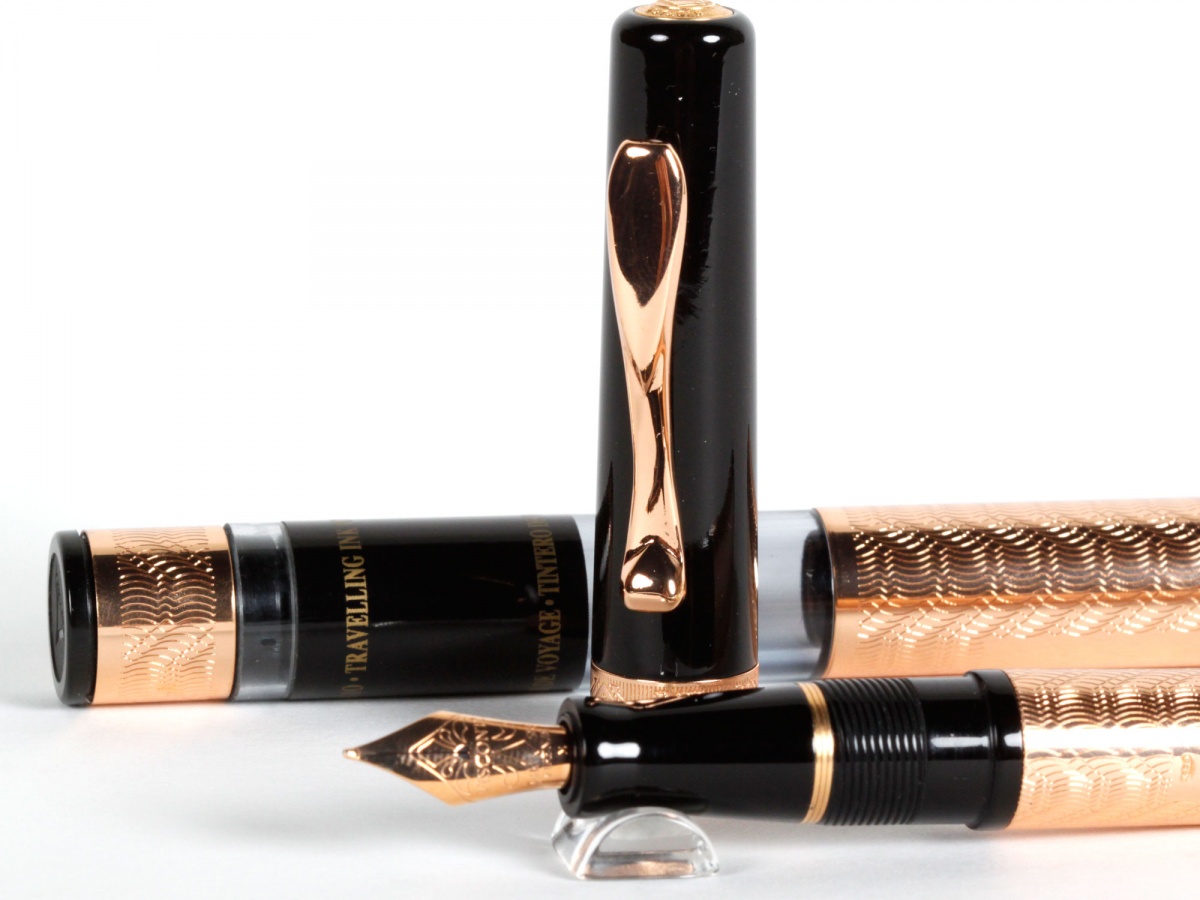 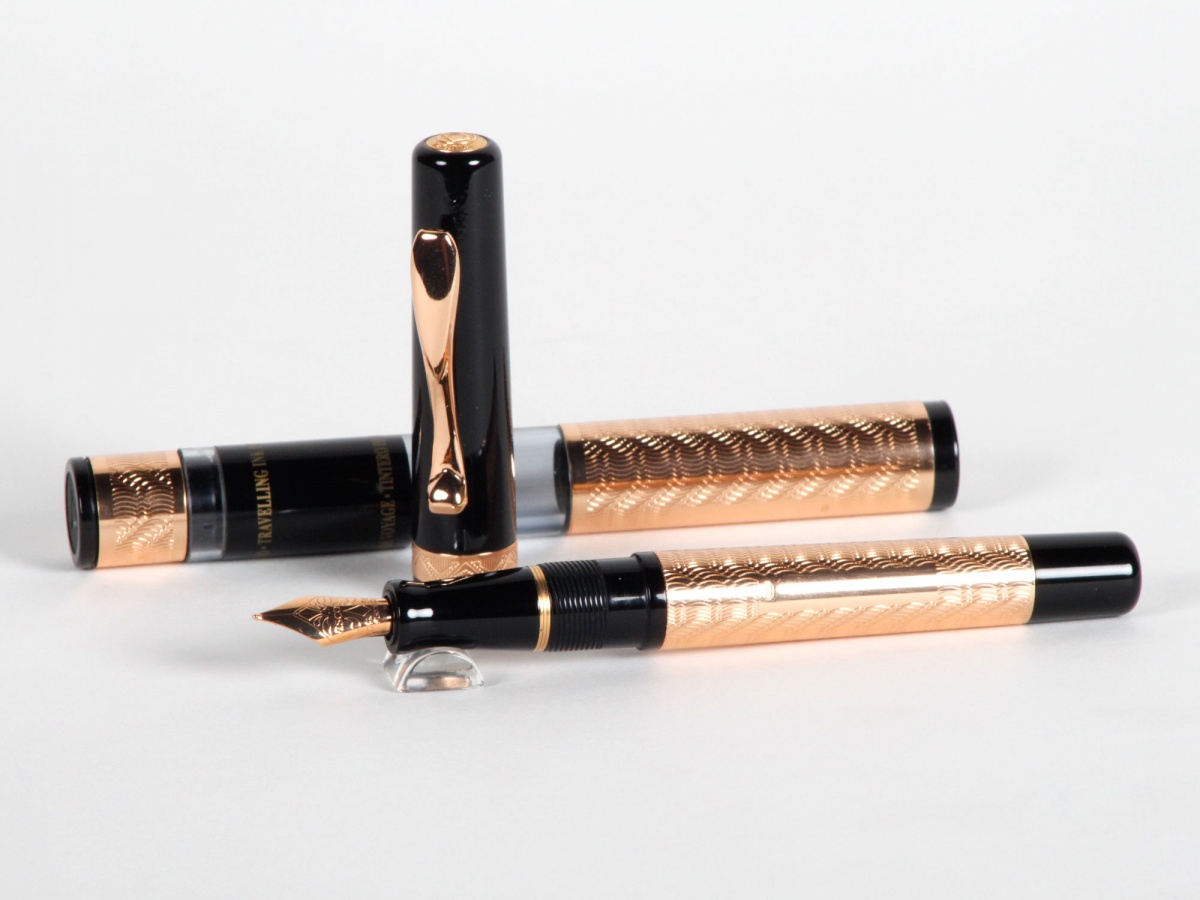 The Origins of Writing

Writing is an expression of language by means of letters or other signs. Remarkably, humankind began writing numbers - not letters - to keep a primitive version of accounting.

Later, this form of record-keeping developed into more complex systems to keep track of men’s language. A comprehensive system of this type was invented in at least two different places: in Mesopotamia around 3200 BC and in Central America (Mexico) around 600 BC.

Regardless of the system, the greatest advantage of writing is that it provides a means by which society is able record information, allowing us to transmit information and share knowledge with one another.

Some pens such as Visconti’s fountain pens add value to writing, turning it into a completely joyful experience.

This classic Visconti black fountain pen in black with silver plated trims is entitled ‘Opera’ and is an absolute joy to write with. 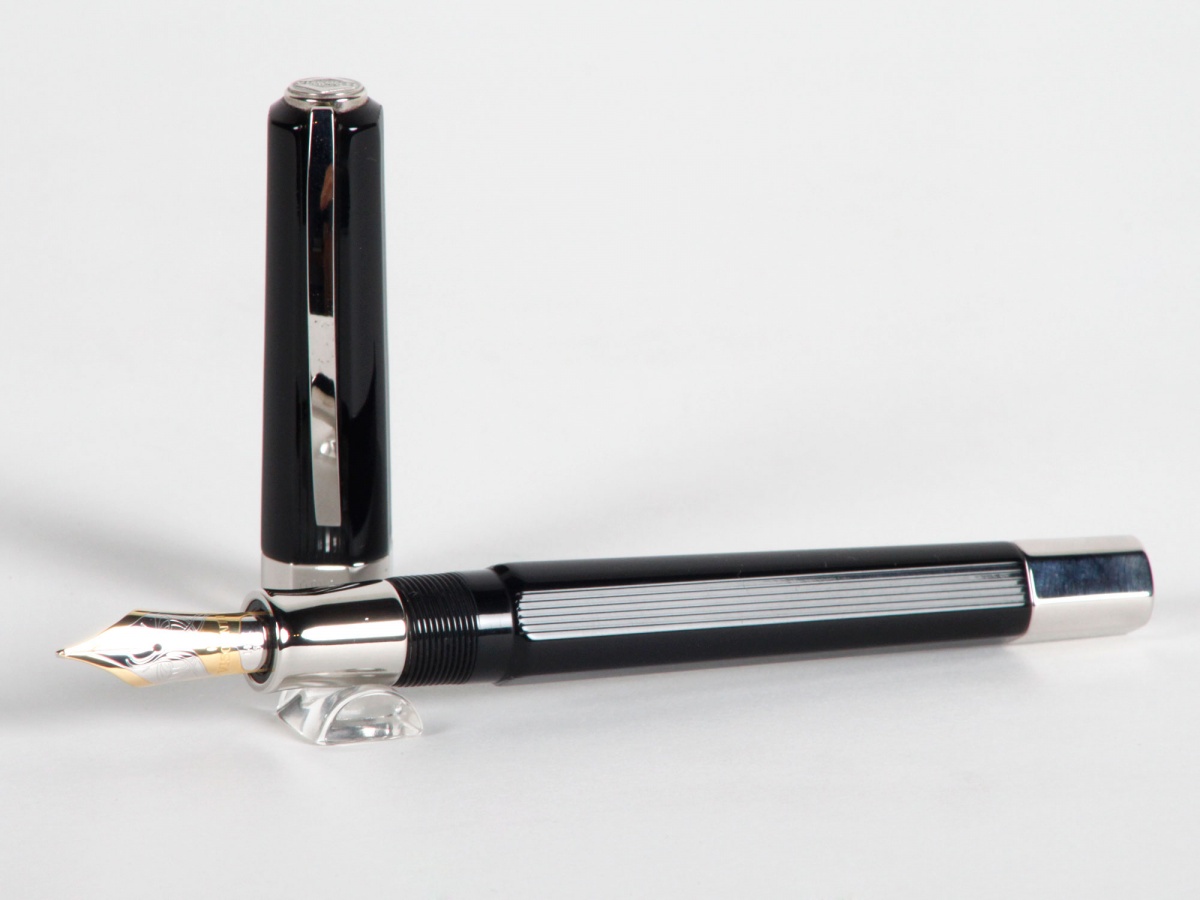 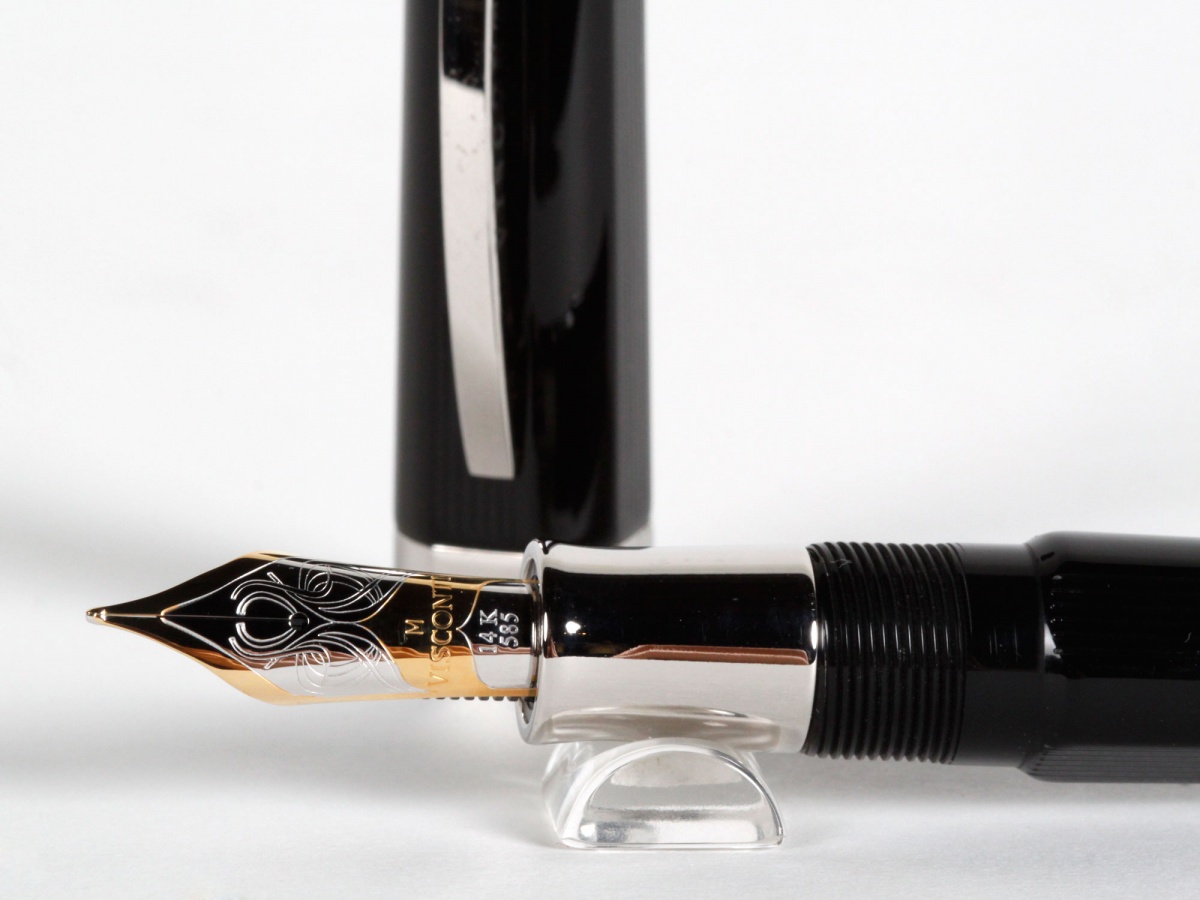 From Wedge to Letter

One of the earliest forms of writing was the ‘cuneiform’ system in Mesopotamia, where pictographic logos and symbols evolved into more complex phonetic symbols.

However, in other areas, systems of non-phonetic representation of language evolved through symbols that expressed concepts. Just think of Japanese, Chinese, or Indian writing.

The variety of human writing systems is directly correlated to the culture of the peoples, their philosophies and beliefs. These systems, unlike the phonetic ones, have been linked to calligraphy for the longest time, due to the difficulty of transposing them to the keys of a typewriter or computer keyboard.

When these complex forms are not simplified, calligraphy requires a high level of skill and artistic doses involving the exploration of different writing styles and the refinement of hand movement to produce different types of strokes.

Who Invented the Pen and Paper?

The first writing instruments, which used the pen and paper that we know today, were invented by the Greeks, who used a stylus made of metal, bone, or ivory to engrave marks on wax-covered tablets.

These tablets were paired and closed in a way that protected the scribe's notes - making them the prototype of the modern notebook.

The Greeks also invented the written letter as we know it today; the scholar Cadmus invented the handwritten text message on paper, sent from one individual to another.

The Chinese on the other hand, are credited with the invention of ink, which became commonly used by 1200 BC. The most common tool for transferring ink onto paper was the quill, or feather pen, made with the feathers of birds such as goose.

On that note, check out this special 19th century solid gold quill pen, handcrafted and decorated with rubies and diamonds. If you look closely, you can observe a sword with its blazon armor on the feather. 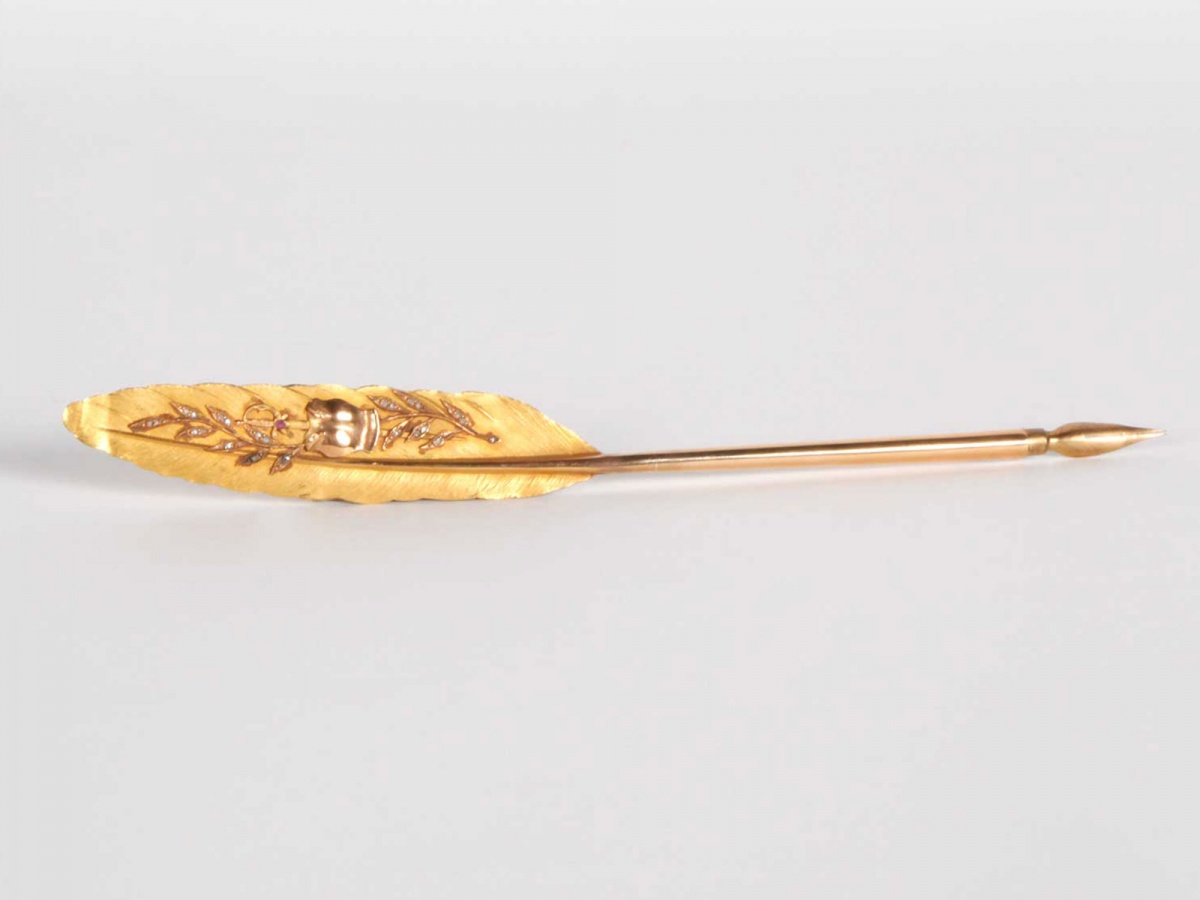 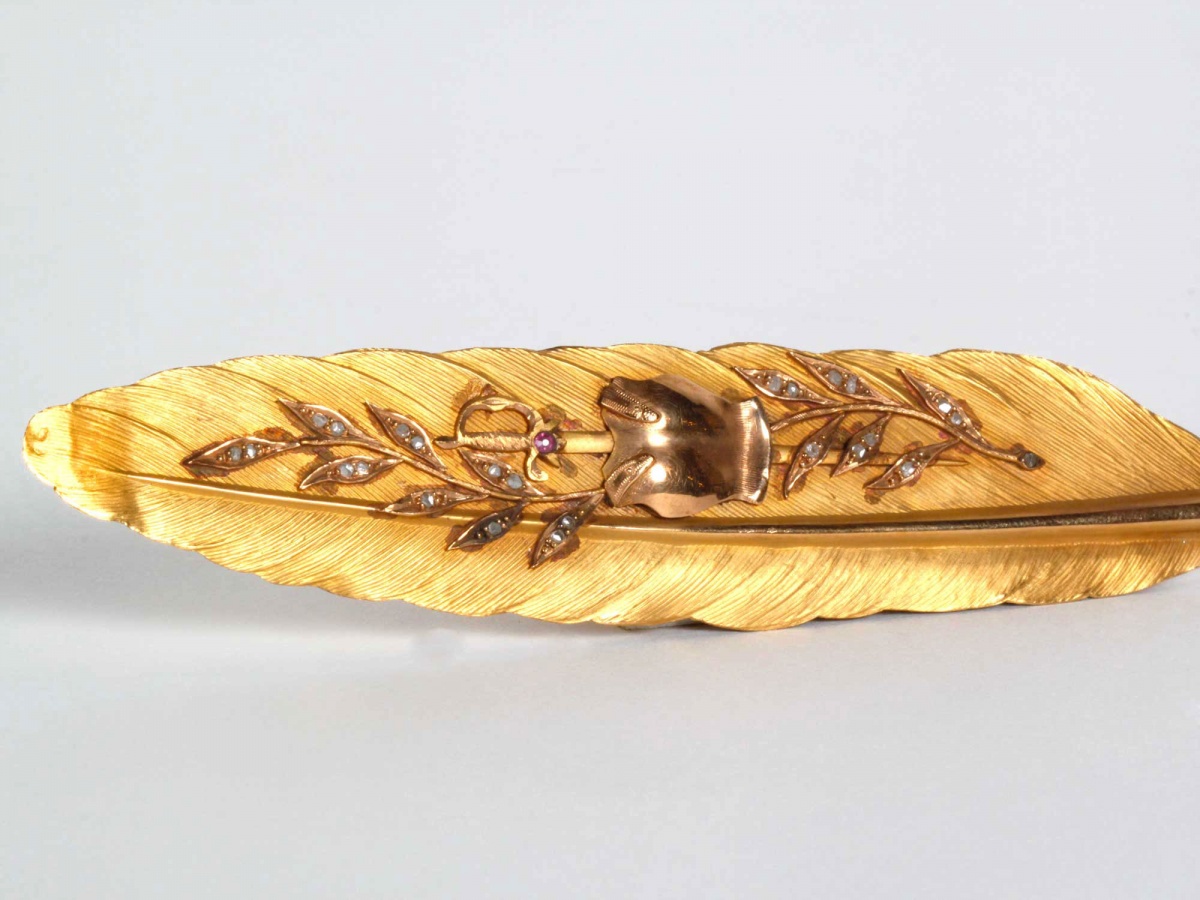 When quill pens were the norm, the best ones had to be taken from live animals during Spring. In particular, the bird’s left wing was preferred for the purpose, because of the outward curvature of the feathers, which made them easier for right-handed writers to use.

How the Pen Became a Fountain Pen

Pens were introduced around 700 AD and are to this day the longest-used writing instrument in history, used for more than a millennium.

This is in spite of its many disadvantages at the time; pens only lasted a week and then had to be replaced, which was only one of their many downsides.

The credit for the evolution of the bird feather into a fountain pen goes to the Italians: in 1495 DC, the Venetian Aldo Manuzio invented - first in the world - the cursive style. This style was composed of Roman small and capital letters, that inspired the improvement and refinement of writing instruments to conform with the style.

However, the first patent for the fountain pen would later come in 1884, thanks to the American inventor Lewis Waterman.

This was the beginning of modern calligraphy.

For Each Style a Nib 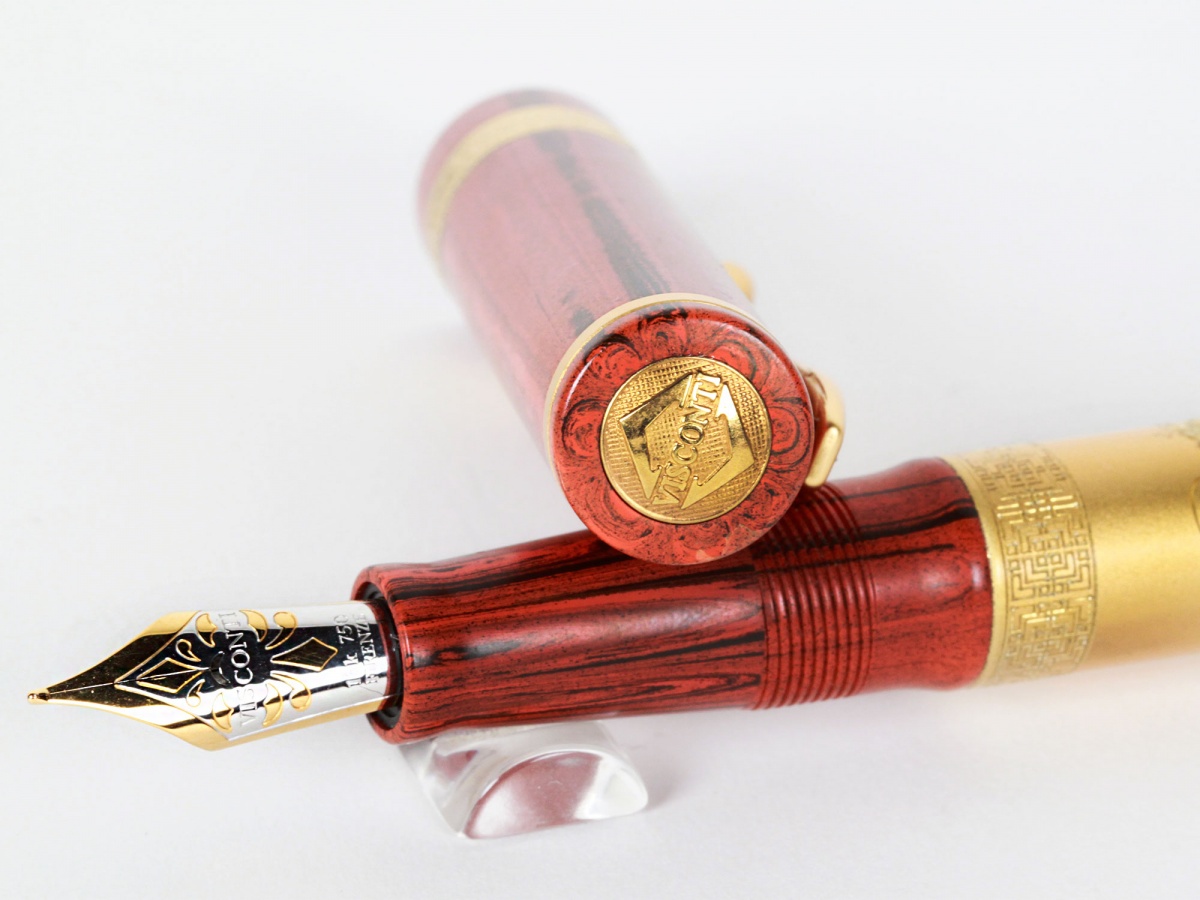 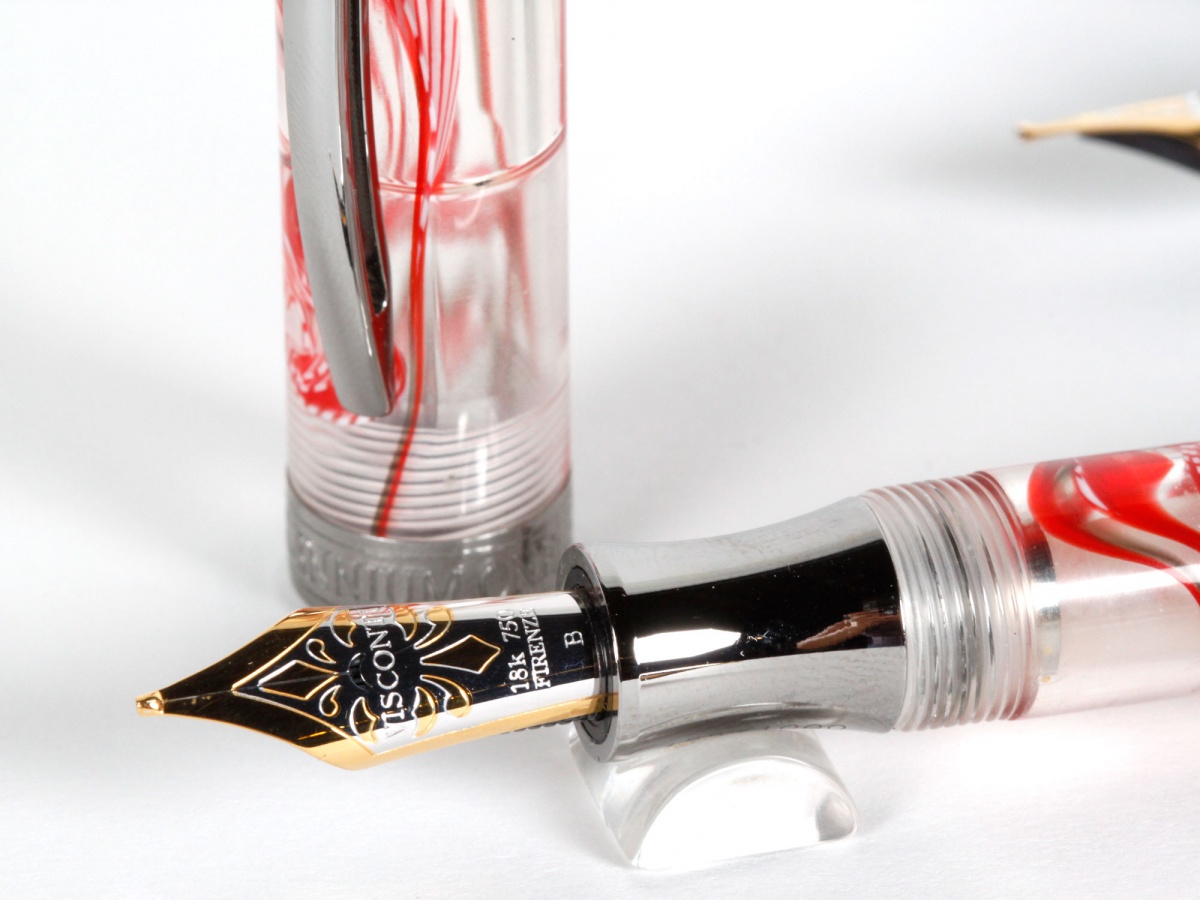 Each type of nib complements a certain style of writing.

The glass nib is an original piece from the 1930s, made in Germany, and is used for extra fine rigid writing.

If, on the other hand, you are fascinated by the sophistication of the Gothic style, you can alternate between thick and thin lines with a single tool - the stub nib.

For a smooth and creative writing style in different colors, try a roller-graphic ballpoint pen but with fountain pen ink: it will make a difference.

For a more classic style, use the ballpoint pen with the innovative gel refill.

Finally, fountain pens with extra-flexible nibs would be the optimal writing instruments for English cursive or any other kind of writing.