Cartier was established by Louis-François Cartier in Paris, France, and dates back to 1847. After his death in 1904, his son took over the company but it wasn’t until his grandsons Louis, Pierre and Jacques took over the brand soared into a global success. It all started when they opened up their first international branches in London and New York, in the early 20th century.

In the realm of jewelry and watches, Cartier is a world by itself. The name itself symbolizes luxury, prestige and the highest quality of the most tasteful and stylish craftsmanship.

The brand has also been one of the most innovative in the field, utterly transforming the global market of luxury watches and jewelry into what it is today.

The First Wristwatch by Cartier – The Santos.

The story behind is quite charming, Louis Cartier actually created The Santos after his good friend Alberto Santos, a French-Brazilian aviator complained to him about how impractical it was to use a pocket watch while flying.

Cartier then created the first wristwatch made for men: The Santos.

It featured the first ever ‘deployant’ clasp (folding buckle) and appeared on the market in 1911.

The lack of competition proved to be a great advantage for Cartier and the wristwatch quickly became a symbol of luxury and prestige.

With the best quality material, Cartier’s luxury watched attracted celebrities and royalty. With a clientele such as Princess Diana, Jackie Kennedy, and Kate Middleton, the brand’s reputation continued to grow.

Here’s an interesting fact for you, Cartier was actually once nicknamed ‘the jeweler of kings and the king of jeweler’ by King Edward VII of Great Britain.

Another innovation of Louis Cartier is the combination of platinum and diamonds, to create the Garland-Style Jewelry. This was another first, as the two materials had never been combined beforehand.

The logic behind it is that platinum is light and fine, while still being strong and durable enough to hold diamonds. It also perfectly illuminated the brilliance of the diamonds. The stunning garland-style necklace that was created in 1912 for Queen Elizabeth of Belgium, looks like actual lace decorated with diamonds.

One of the oldest and most famous Cartier jewelry collections, that still exists today, is “The Trinity” . It was created by Louis Cartier in 1924 and features three interconnected rings - made of white, yellow and rose gold.

Another famous jewelry collection of Cartier is “The Love” bracelet that has enjoyed immense popularity. An interesting thing about it is that it opens with a special screwdriver! 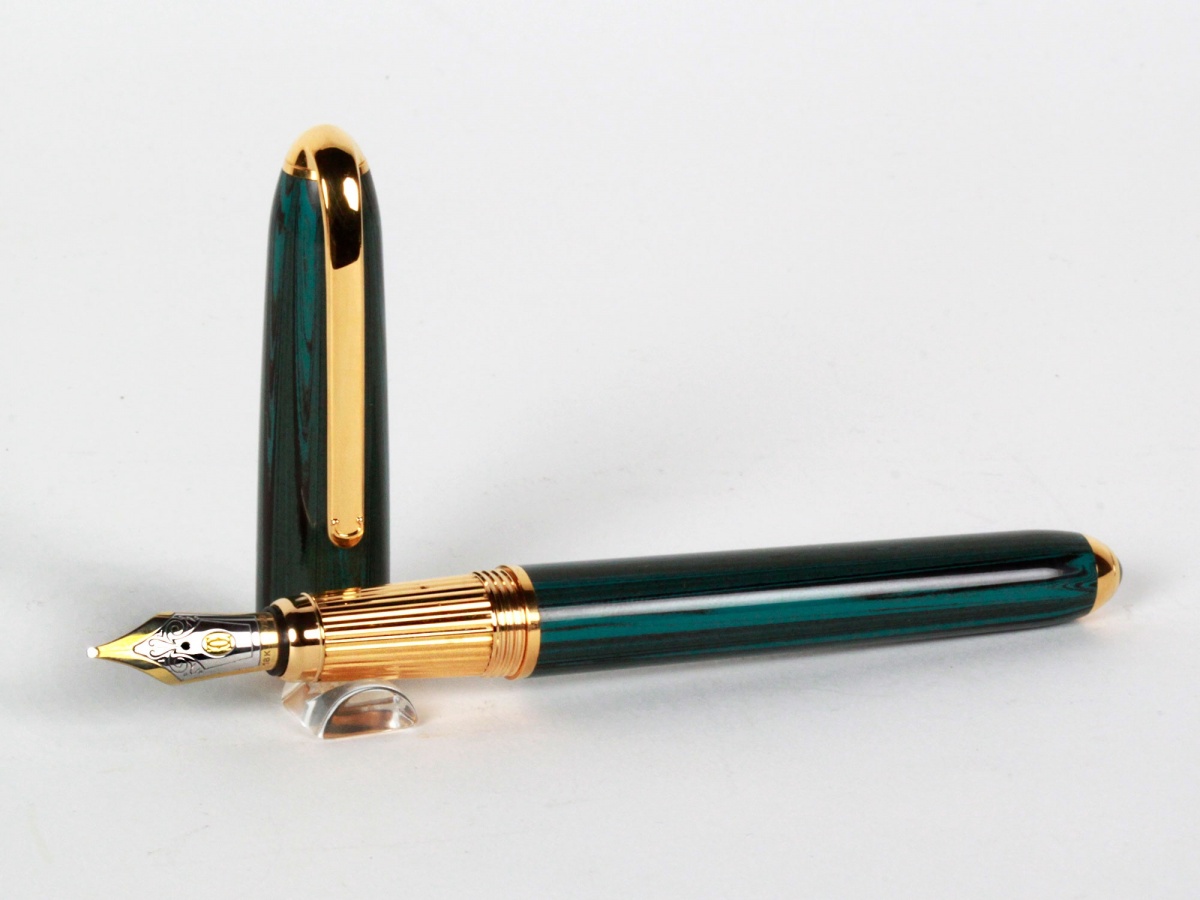 In 1929, Cartier expanded its line to include typewriters that were real jewelry. One of the most popular models is The Cartier Fountain Pen Watch, which combines a watch and a fountain pen. Available in yellow gold, sterling silver, lacquer and hard stones.

Another popular model is the Pasha sapphire pen , which gives more control while writing, or the Diabolo Fountain pen, which is suitable for larger hands. The exquisite Panthère is a fountain pen made of 18-carat gold tiger and 403 diamonds.
Cartier’s luxurious collection of pens and fountain pens is thus as exquisite as the jewelry and watches they create.

Cartier has always proved to be a pioneer in creation and innovation. The brand has managed to be a world by itself, and to transform its global market of luxury watches and jewelry into what it is today.