Imari Porcelain: Everything You Should Know

Home / Imari Porcelain: Everything You Should Know 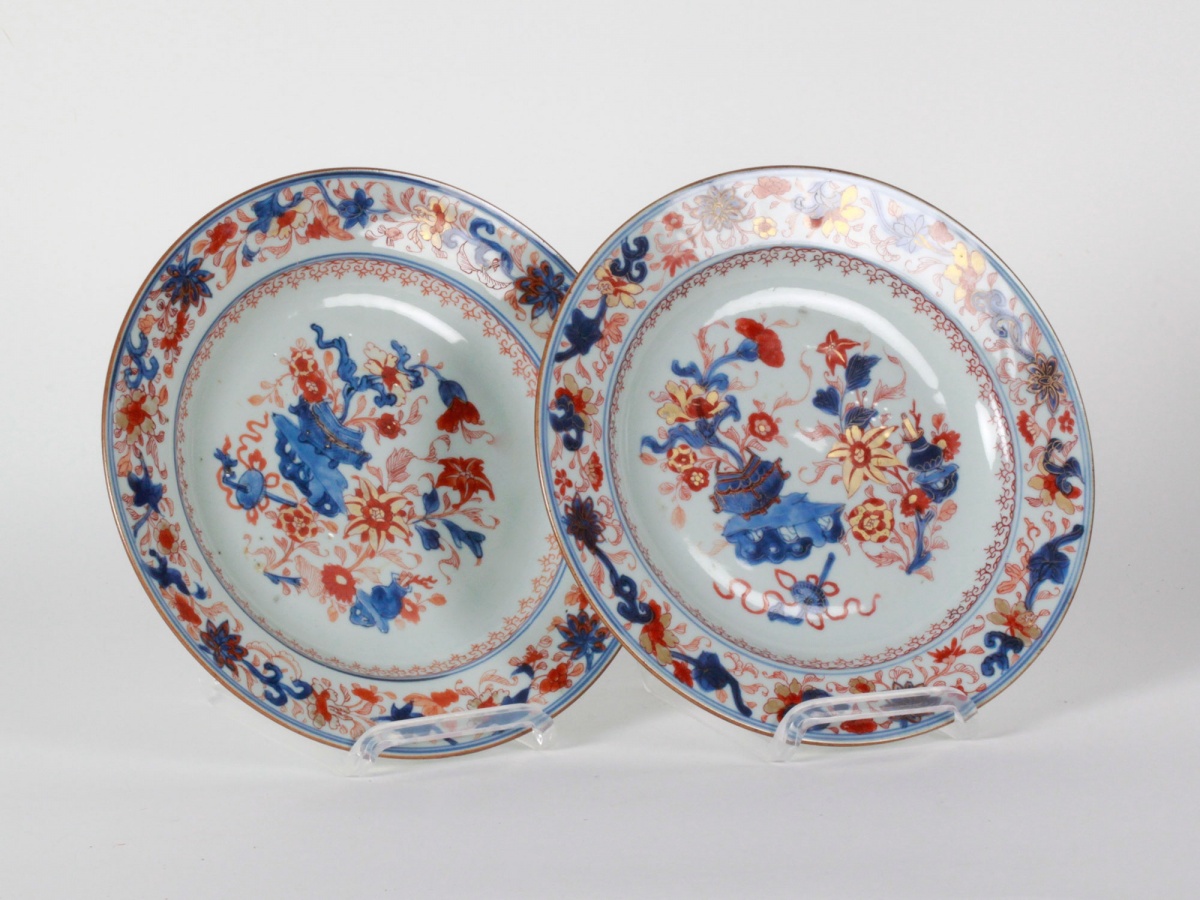 What is Imari Porcelain?

Imari porlelain is a term for a colored style of antique Japanese porcelain, named after the seaport Imari on the island Kyushu, Saga, in Japan, from where the porcelain first was shipped to the West starting at the beginning of the 17th century.

Exquisite, elegant, and of the highest quality, Imari porcelain is highly respected in Japanese culture and is one of the pride and hallmark of Japan. The two true masters in the antique Imari trade are the Japanese and the Chinese artisans.

It’s no secret that Imari porcelain is highly valued by art experts and lovers all over the world. When you purchase antique Imari porcelain, you are guaranteed unparalleled quality and originality. Each is a stunning piece, rich in history and high in cultural value, created by true masters of the art.

Porcelain first appeared during the 7th century in China, where the ingredients for its preparation were kept secret for a long time. In Japan, however, the production of porcelain began quite some time later, in the 17th century. The reason for the late start compared to the Chinese is that the kaolin-rich clay (one of the main components of porcelain raw materials) was not discovered in Japan until the early 17th century, ironically by Korean potters.

After the fall of the Ming dynasty in China in the late 17th century, the Dutch East India Company needed an alternative source of import to meet the rising demand of Imari Porcelain in the West, that is when the Japanese started exporting their porcelain from the Imari port and their style became very popular in Europe.

In the 18th century, the art of porcelain reached a new dimension. The shapes get longer and more elegant, the cobalt paints are lighter and brighter, and the porcelain is whiter. The first products to be exported were only blue and white, now artisans learned how to make relief paintings on porcelain; the art is more complex, and the figures of people began to appear more clearly in the drawings.

In the 19th century, Imari porcelain gained such great popularity in the US and European markets, that it began to be produced in Europe. Western buyers preferred unusual shapes and intricate patterns. Over time, the term "Imari" meant porcelain, decorated with shades of red, blue, green, and gold.

How To Identify Imari Porcelain

Chinese Imari is typically characterized by a combination of blue, red and gold. Details are sometimes in black and green enamels and the porcelain tends to be whiter and brighter than its Japanese counterpart. You can often find typical Chinese motifs, and the use of red and gold, which makes Chinese Imari more lavish than Japanese. Frequent motifs are landscapes, flowers, plants, birds and mythical creatures. Portrayals of human figures are less frequent. Chinese Imari is also known to have a thinner glaze and to be more finely potted. 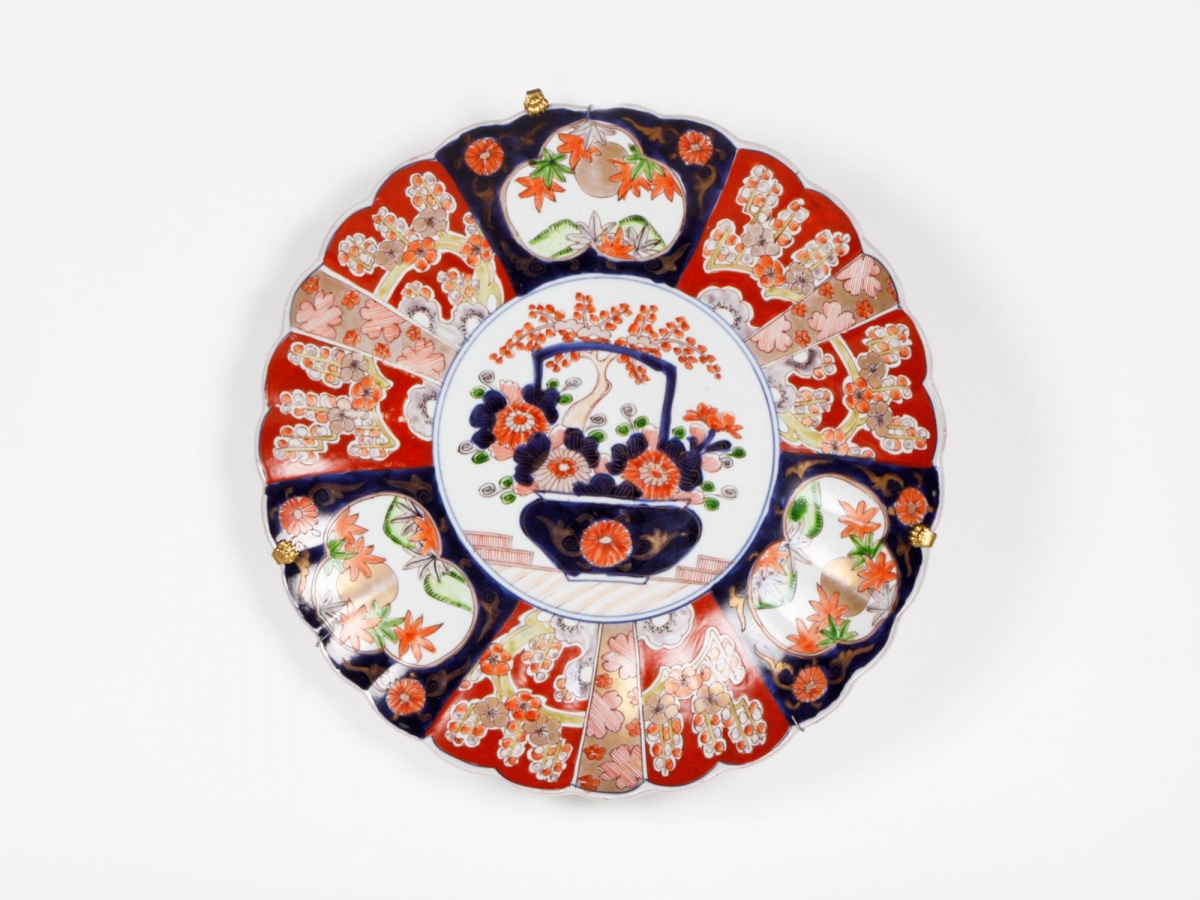 There are two predominant underglazed styles of Imari porcelain that are easily recognizable, by their pattern and by the use of certain colors.

The first is the so-called Kakiemon style – the porcelain is richly decorated with dark coral, floral patterns on a bright white background. On top of that there are small interweaves of yellow, gold, green and blue. Such porcelain is quite rare and are highy valuble.

The second, and most popular in the West, is Kinrand Imari – the porcelain features vivid dark colors (classically green, red, purple yellow, and blue), with lush decorations often representing the beauty of nature, people or animals.

Today, the art of porcelain is still actively developing as the technologies of its production continue to improve, and Japanese and Chinese porcelain products are more and more characterized by their incredible high quality, originality and variety of shapes and sizes.

In the city of Arita, which is most famous for its porcelain production, you are guaranteed to find porcelain for anyone even with the most subtle taste - elegant figures, candlesticks and vases as well as Imari ware, which is extremely popular all around the world. A piece of Imari Porcelain is Art that will certainly transform the look of every living space.