Both modern and traditional, the Montegrappa brand of luxury writing instruments offers splendid and original models of fountain and ballpoint pens. Of highly elaborate designs and the utmost quality, these luxury pens are considered to be real jewels. 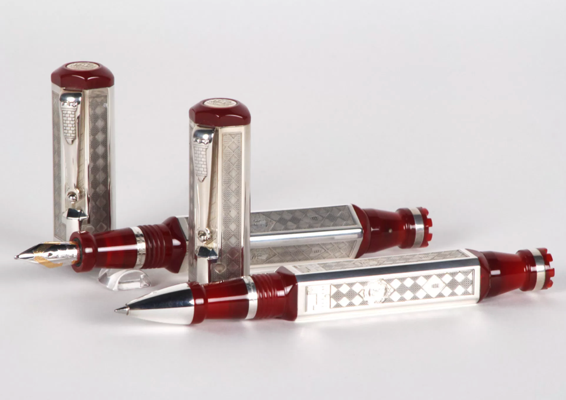 Montegrappa is a story of true original Italian style. The factory was founded in northern Italy in 1912 in the small town of Bassano del Grappa. Originally known as ELMO, the company later registered the trademark Montegrappa.

The Technique Behind the Production of Montegrappa Pens

Montegrappa's writing instruments are made from precious materials, through a combination of traditional shaping techniques as well as modern innovations such as engraving at variable depths, which is a technique exclusive to the brand.

To give you an idea, check out this limited edition Fountain Pen by Montegrappa entitled ‘Queen of Hearts’, in finely crafted sterling silver. The pen features the 4 suits of playing cards and actually comes in a case full of game accessories. 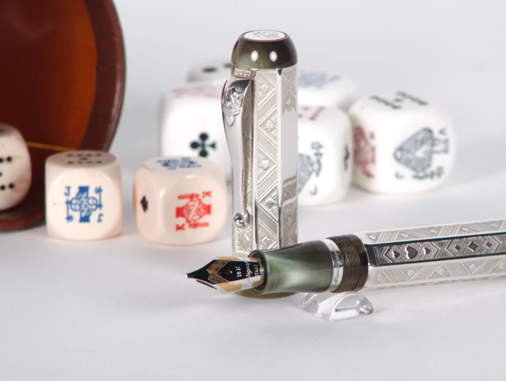 In the beginning, the production consisted mainly of manufacturing gold nibs and the processing of precious metals. Montegrappa was one of the first manufacturers of fountain pens based on celluloid, of which the brand became one of the leaders in the Italian market.

The manufacturer of their writing instruments traditionally uses celluloid with the addition of pearl, acrylic resin, sterling silver, 18K gold, and modern metals such as titanium, aluminum, and steel.

We can observe the incredible silver engraving technique of the brand in pens such as this limited edition that was released for the 150th anniversary of the Harrods family: 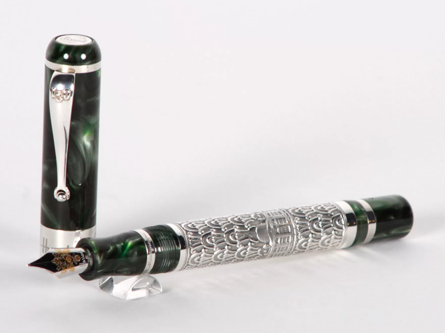 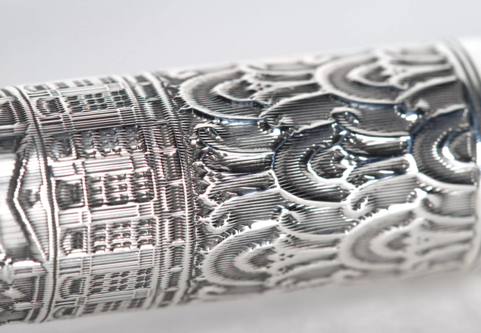 During the Second World War, problems with the supply of metals needed to manufacture luxury pens forced Montegrappa to produce pens with a glass tip.

The famous pens adopted a new design with the introduction of sparkling celluloid colors and the start of the Montegrappa badge.

Inspired without limitation by great moments in history, the Italian brand produces a more simple collection for those who want to indulge in everyday luxury. These are named Privilege, Symphony, and Micra.

A very fascinating Montegrappa pen is this limited edition Pen Krone dedicated to Abraham Lincoln, featuring an amethyst stone that contains the DNA of President Lincoln. 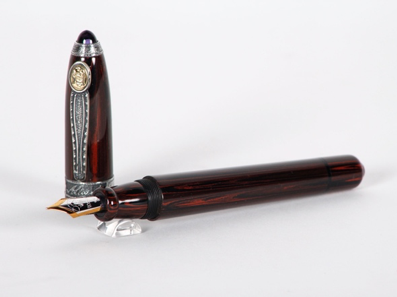 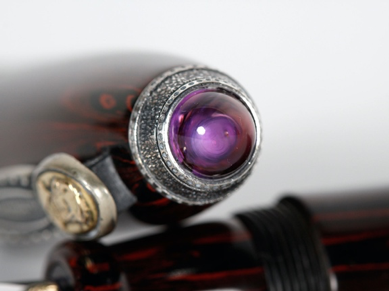 Montegrappa’s most expensive pen - at a staggering $ 1 million - is named the Peace Pen and symbolizes world peace as an ideal of our civilization. David Montalto di Fragnito, who was entrusted with the creation of this jewel, chose Platinum, diamonds, and crystals as the materials that constitute the unique work of Art.

Who Were The First Owners of Montegrappa Pens?

In the early years, Montegrappa pens became the epitome of success and prestige. During the first World War, many soldiers were known to write letters to their families with these pens. One of them is the writer Ernest Hemingway, who had been a volunteer at the front.

In addition, the pen from the popular Montegrappa Dragon collection was presented to Vladimir Putin by Boris Yeltsin, as a symbol of power.

Part of the World's Top Manufacturers of Writing Instruments

Recognized for impeccable quality, ease of use, tasteful and elegant designs, the Italian brand Montegrappa certainly belongs to the world's elite manufacturers of writing instruments, rich in the utmost taste and quality such as big names in the industry like Parker or Montblanc.